It’s as if North Carolina’s short-lived HB2 experiment never happened. Remember the ill-fated, so-called bathroom bill that plagued its economic development prospects in 2016? We won’t rehash that here, but the point is it’s gone, and businesses big and small, domestic and foreign are investing in North Carolina for the same reasons they have been doing so all along — a healthy supply of workers despite very low unemployment, a favorable climate and location half-way along the East Coast, two international airports and industry sectors like IT, biotech and aerospace that are magnets for new investment.

“The fundamentals that have been drawing companies for a long time really haven’t changed much,” says Chris Chung, CEO of the Economic Development Partnership of North Carolina (EDPNC). “These include a great quality of life, well-renowned educational institutions and population growth with a lot of people coming out of school or mid-career who are moving here with a job or in search of one, all of which deepens the talent pool. We get a lot of in-migration from the Midwest and the Northeast.”

And North Carolina’s location in the Southeast doesn’t hurt. States in that region again have a grip on the top 10 most competitive states with just a handful outside the region — Michigan, Ohio and Iowa — making it into that tier (see the methodology on page 100). The Prosperity Cup for this year goes to the North Carolina Department of Commerce and EDPNC, the state-level agencies behind the Tar Heel State’s latest in a string of such wins.

Don’t write off the impact of its bathroom bill just yet.

“HB2 is a relevant piece of what we’re talking about — it’s not something we should not talk about,” says Secretary of Commerce Anthony Copeland. “March was the one-year anniversary of the repeal of HB2, and it was the 10-year anniversary of the bailout of Bear Stearns. Both of those are relevant because for the first three years of this century, North Carolina lost more manufacturing jobs than anyone. We made something of a recovery leading up to what everyone dealt with in 2008 — the Great Recession. Last year,” he continues, “one of the things Governor Cooper charged me with was bringing stability back to the economic development process — predictability and stability. For a time, there had been uncertainty around incentives, the Department of Commerce was restructured, and then we had HB2. Corporate America was uncertain about which North Carolina it was dealing with. So the goal was to bring stability back to the process. Working with members on both sides of the aisle, we have achieved that, with the governor’s leadership.” 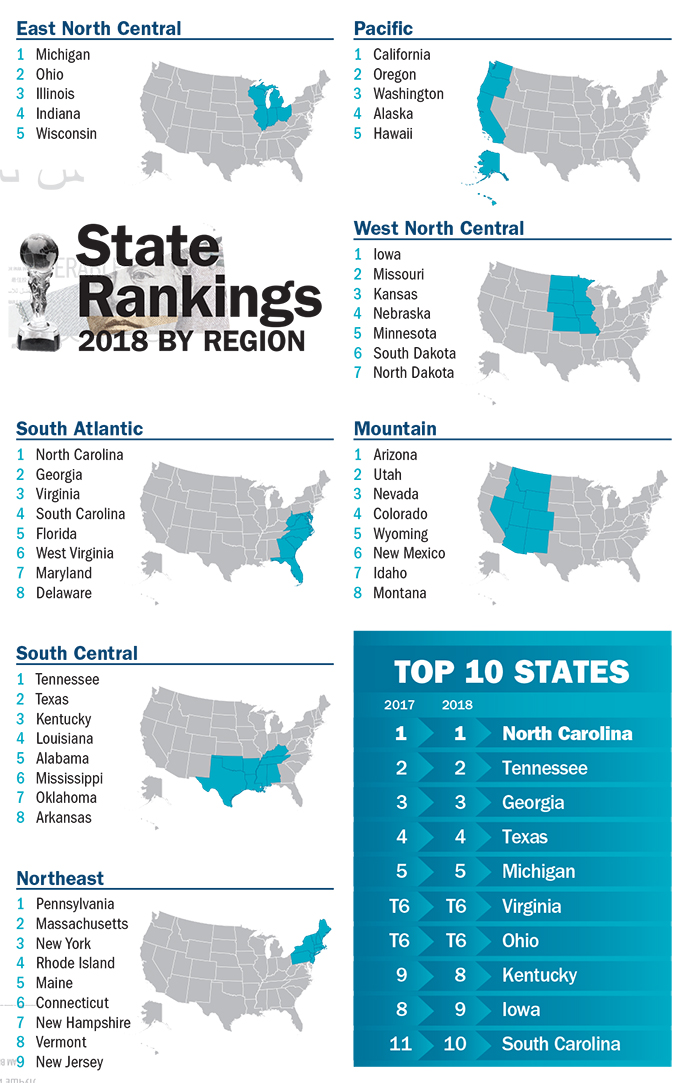 Fast forward to 2018, and the Department of Commerce is responsible for 22,000 jobs for the first time since 2006, says Copeland. Why? Because predictability is being restored to North Carolina’s business climate, for one.

“Having been in business myself and executing a business plan, I know that businesses want to take all the uncertainty they can out of the [capital investment] process,” he says. “A company moving, relocating or expanding wants to eliminate risk factors. They want to know the workforce is there, the Department of Transportation and other agencies will be partners in the process, but in particular the incentives. If you’re negotiating those and tax credits, and they change — well you’ve lost all that momentum, and that’s money.”

Three common denominators emerge in virtually every discussion the secretary has with potential investors in North Carolina.

“Workforce is the first,” he relates. “Second is whether members of both sides of the aisle and the governor’s office will work together to help them move, whether with new legislation or other measures. We’ve satisfied all that. Another is the statutory incentives already in place. Will they receive in the future what was promised, and they are comfortable with that. We have been able to do that since the beginning of last year.”

“Talent is always at the top of the list,” Chung of EDPNC concurs, “even more so in a strong economy with a tight labor market. They want to know where it’s coming from, what sort of partnerships can they forge with the universities and the community colleges and perhaps how they can reach down into high schools or earlier than that to start getting people on track for that industry.”

They also need space to do what they do.

“There is almost always a real estate component to their site selection decision,” says Chung. “We tell our partners they have to have an available product. You can have a great business climate, a great workforce and a great location, but if you have nowhere to put a prospect in terms of developable sites or existing, modern buildings, then that can be a disqualifier by the time they start engaging the economic development community.”