Durham County commissioners voted to finalize a trio of incentives packages Monday, dollars targeted to reel in expansions worth more than 900 jobs combined.

The three already-announced incentives deals are worth nearly $450,000 total, and include $175,000 in economic development funds for gene therapy firm AveXis’ 200-job expansion in the Triangle.

The AveXis approval follows a commitment by the state worth reimbursements of up to $2.2 million over 12 years.

But, according to North Carolina Department of Commerce records, AveXis, owned by drug maker Novartis, could have scored even more dollars had it decided to locate in Libertyville, Illinois instead.

Commerce Spokesman David Rhoades says Tuesday that the state of Illinois offered what it calls its EDGE tax credit, which amounts to about $7.9 million over 10 years.

And records show AveXis is not alone in picking Bull City over heftier offers.

Take Sensus, whose $50,000 in economic development funds were also approved Tuesday by Durham County. It’s in line for up to $3.5 million in state reimbursements for its 301-job expansion. While Rye Brook, New York, offered only $3 million for those jobs, the clean tech firm’s thriftiest option would have been Bangalore, India, “which would result in annual labor compensation savings of over $10 million,” the company told the state in its incentives paperwork.

So why do companies like AveXis and Sensus choose Durham?

“The first draw is talent,” says Ted Conner, vice president of economic development and community sustainability with the Greater Durham Chamber of Commerce, “And the second thing is the ease of doing business in North Carolina.”

The low cost of doing business in the state, too, makes the state competitive, he adds. “Incentives play into it somewhere, but it’s certainly not in the top three for most companies,” he says.

“Any location consultant, any company, hopefully they understand that it’s what you pay at the end of the day that matters the most when it comes to taxes,” he says, noting that Illinois is typically seen as a higher tax jurisdiction than North Carolina. “They may have a higher incentive package, but they’re also starting at a much higher basis than North Carolina.”

Like Conner, he says workforce tops incentives in the Triangle.

“Talent in this labor market is going to trump a lot of considerations,” he says. “It doesn’t mean a fantastic incentives package can’t move the needle. But Incentives make a good site even better – they don’t make a bad site good.”

According to the county, its $50,000 in local incentives funds were provided as a donation by Clarion Partners via the Durham Area Chamber of Commerce.

County documents highlight plans for a new facility at Research Tri-Center near Research Triangle Park, one that could one day produce “potentially breakthrough therapies to address rare neurological genetic diseases.”

In addition to the state and county, the North Carolina Biotechnology Center provided technical due diligence and funding support for the project through a jobs-based grant.

Bill Bullock, senior vice president of economic development and statewide operations for the North Carolina Biotechnology Center, says it’s $100,000 to “fund a specific project that is mutually beneficial to the community and the company.” The specifics have yet to be determined.

The Burlington-based diagnostics firm was approved for $220,000 in Durham County economic development funds, provided as a donation to the city by Karlin Real Estate via the Chamber of Commerce. It’s in exchange for a 422-job expansion at Durham’s Parmer RTP campus that will include jobs for IT designers, software developers, operations staff and senior and middle managers. The company already has more than 1,000 local employees, and has a global reach that “would have allowed LabCorp to expand anywhere,” according the brief Commissioners were handed before the vote.

And it was already approved for a state incentives package worth nearly $8.2 million in potential reimbursements over 12 years.

According to the North Carolina Department of Commerce, the company also eyed sites in Alabama, Arizona, Florida, Ohio and Texas. 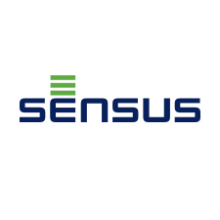 The county approved $50,000 in economic development funds for the Xylem subsidiary’s 301-job expansion. Those funds, according to the county, were donated by Long Fellow Real Estate via the Chamber of Commerce. The company, which provides advanced metering technologies, is planning to expand its current operation at Keystone Industrial Park in Durham County, creating 301 jobs to complement its existing 600-person headcount. Sensus will invest $4 million by the end of 2019 in exchange for a state incentives package worth up to $3.5 million in reimbursements over 12 years.